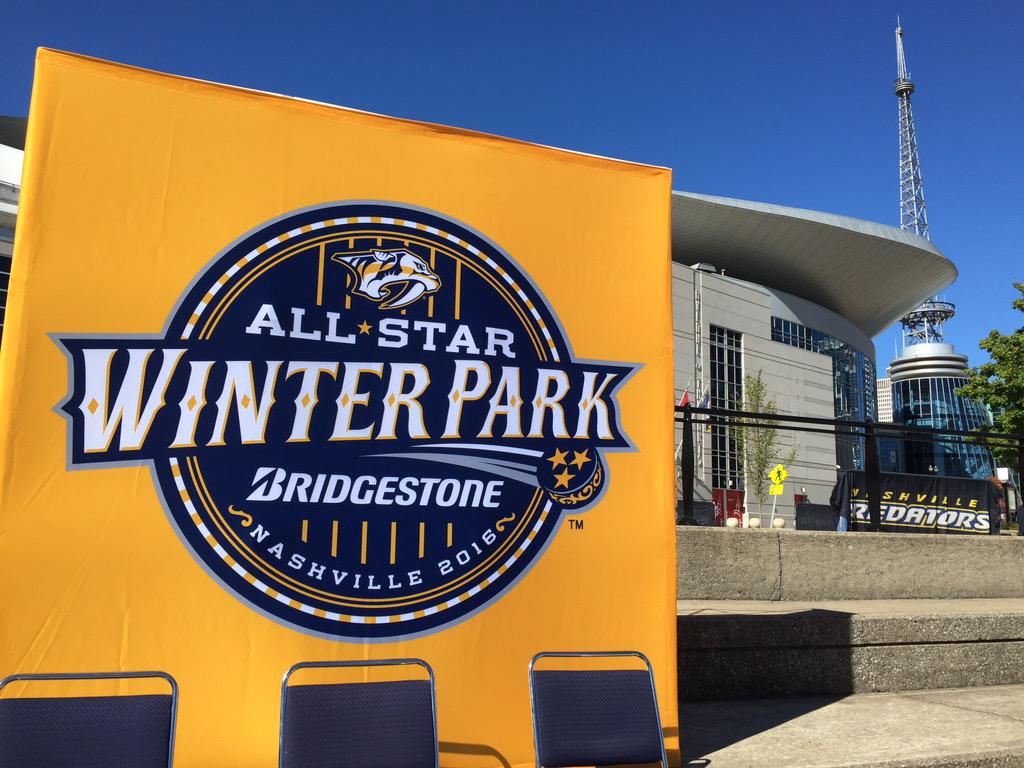 With just two days to go before they open the 2015-16 season at home against the Carolina Hurricane, the Nashville Predators revealed some much anticipated information regarding the NHL All-Star Weekend.

Unveiled late this morning outside of Bridgestone Arena, the Nashville Predators released the All-Star Weekend Winter Park logo, which will sponsored by Bridgestone (makes sense). Along with the sweet logo, the organization also released some details regarding the fun:

At the Walk of Fame Park, the site where the Winter Park will be held in conjunction with the 2016 NHL® All-Star Weekend, the Nashville Predators, Nashville Sports Council and Bridgestone Americas debuted the logo of the event that is now two months away.

The Winter Park will feature an ice rink, concert stage and family-focused activities, which will help to bring the excitement of the NHL’s showcase event outdoors for the community at large to enjoy. Predators CEO Jeff Cogen said the Park will also help to kick off the festivities weeks before the All-Star Weekend on Jan. 30-31, with the Park scheduled to open on Dec. 12.

Click here to read the entire press release from the Preds.

Bridgestone Winter Park will open downtown on December 12th, giving peeps ample time to enjoy it- leading up to the NHL All Star Game

The @NHL ASG will B tremendous&even better w/an incredible partner in @Bridgestone as they bring Winter-Park 2life pic.twitter.com/HuTmNdFK8l