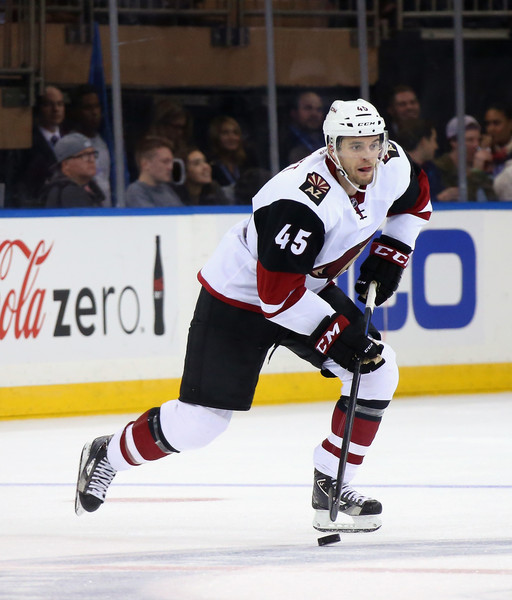 Late this afternoon the Nashville Predators announced that they have recalled defenseman Stefan Elliott from the Milwaukee Admirals:

Nashville Predators President of Hockey Operations/General Manager David Poile announced Wednesday that the club has recalled defenseman Stefan Elliott from Milwaukee (AHL) under emergency conditions. He will wear No. 7 for the club.

ICYMI, the 25-year-old defenseman has been recalled in time to play against the Pittsburgh Penguins tomorrow night due to Ryan Ellis suffering an upper-body injury in last night’s game against the Dallas Stars.

Ryan Ellis takes a puck off the side of the face/head. Ouch. #Preds: pic.twitter.com/b8ZcdNyxP1

As you can see from this .gif, there’s no doubting why Ellis left the game last night. Ouch. While I am not sure how serious this injury is, I can assume he’ll be out for a few games – possibly the remainder of the regular season, which consists of just five more games.

The Predators will have their third chance to clinch a playoff spot tomorrow night with a win over the 43-25-8 Penguins. Also, if the Avalanche lose to the Presidents Cup-winning Capitals Friday, that will also give Nashville a spot in the playoffs.