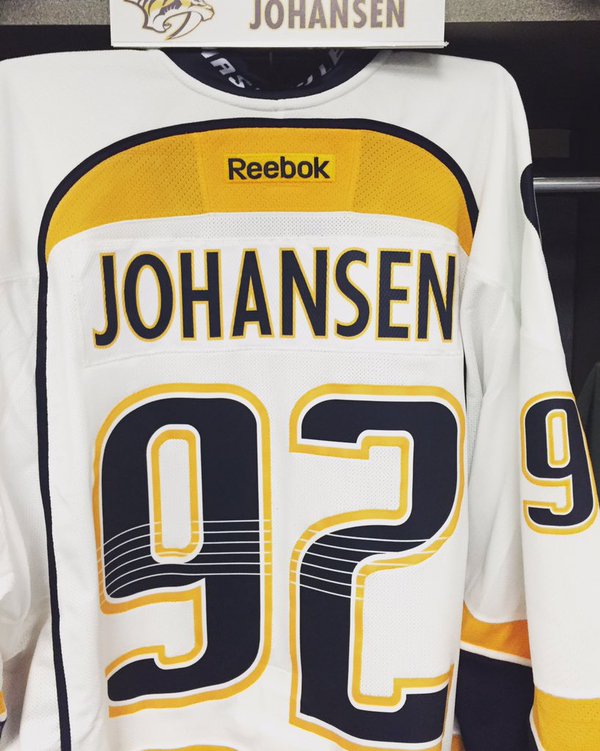 Everyone likes Fridays, but this one was a little extra special for Predators fans as newly acquired “savior of all things offense” Ryan Johansen would be making his debut in Nashville gold against the Colorado Avalanche. While we certainly didn’t expect Johansen to come out guns a blazing, the kid had other plans:

Despite the back-and-forth scoring between both clubs, the Predators could not regain the lead after Ryan Johansen’s initial goal in the first period and fell to the Avalanche 5-3. Though Johansen’s goal should have given Nashville a boost, it seemed as if the team did not respond well to the advantage. Penalties ravaged both clubs, with the Predators managing to tally six of the nine during the match. Within those six penalties, Colorado was able to score on three, essentially costing Nashville the win. However, looking at the bright side, Ryan Johansen looked great in his debut, collecting two points overall (1 G, 1 A).

Nashville will have to lick their wounds on the way to the airport as they take on the Arizona Coyotes tomorrow night in Phoenix.

Can't take a billion penalties with a poor penalty kill. End of story.

Woof, has Jarnkrok had a rough game. 7 shot attempts for, 20 against.

Me (and the rest of you guys) after Johansen's goal: pic.twitter.com/ONgzR21GUI