Could this mean the end of the NSH/DET rivalry?

After tonight’s rough and disheartening shutout, I think it’s time to move onto a much lighter subject. Possible realignment of conferences!

Wait – Are you having déjà vu? You should be, for this isn’t the first time it has been brought up. A proposed realignment of the Western and Eastern Conferences into four smaller conferences has been put out there, but has also been shutdown in the past.

The possible realignment was brought up by the boys over at Hockey Night in Canada, which got a lot of people taking about rivalries that could come to an end next season if said proposal was passed. Here’s a look at the possible conferences: 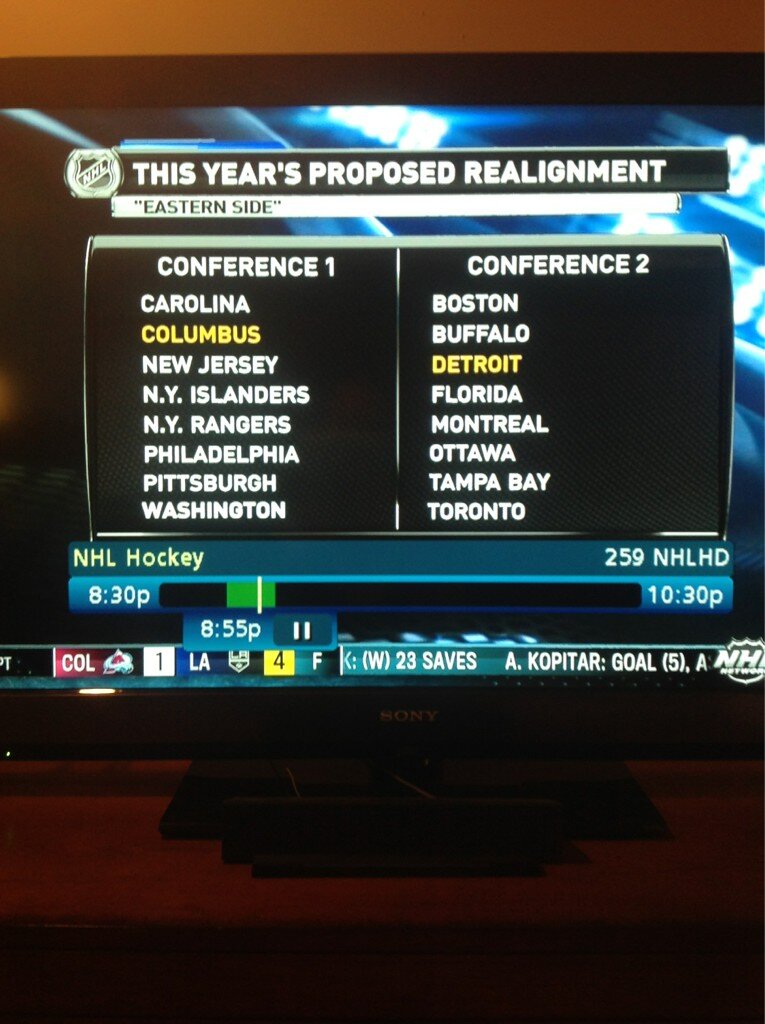 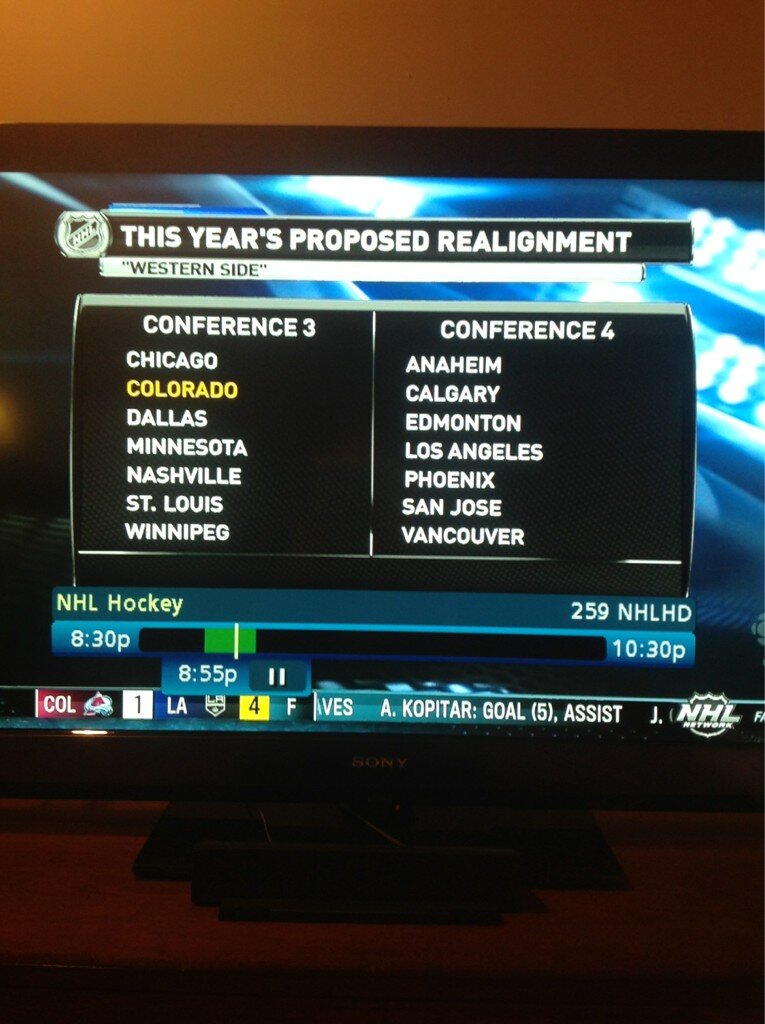 Thanks to Nick Costonika for the screen captures from HNIC, you can see that a few teams lose their renowned rivalries. Okay, none are terrible on the Eastern Conference front (the Flyers still have the Penguins, Toronto still has Montreal), but – and this could be because we are partial to the Central Division – Detroit will lose its in-conference rivalries with Chicago and Nashville. Though in all honesty, it makes more sense for Detroit to be in the East, the breaking up of the Central Division would be devastating, as they are the most heated division in the Western Conference.

However, it would be interesting to see if Detroit could stay on their toes in a division alongside such teams as the Boston Bruins (which would lose their heated meetings between the Rangers and such).

How about the Nashville/Detroit rivalry? How will the “Pred Wings” handle not seeing their beloved “team on the down low” as often in Music City or vice versa? Yes, it would be difficult to say goodbye to such a loving rivalry, but Nashville no longer relies on big names like Detroit, Chicago, or St. Louis to pack the house. With twenty-two straight sell outs, the Predators have dug themselves a nice, cozy home at the Bridgestone Arena, and they have plenty of inhabitants to keep the electricity on.

Nashville will still have Chicago and St. Louis if the conference realignment was allowed, but a new, more original rivalry may come about. St. Louis and Chicago would pair up, no doubt, and Dallas and Colorado could knock each other around, but Nashville? Who would Nashville choose to be eir “team they love to hate”?

We’ll give that honor to the Minnesota Wild. Why Minnesota? Really, must you even ask? With Ryan Suter making the move to the Wild in the off-season, Nashville fans already have a bad taste in their mouths whenever the name “Minnesota” or “Wild” is even mentioned. Yes, we have no doubt the Minnesota Wild and the Nashville Predators would form a new, possibly historical rivalry, and that sounds fantastic.

Either way, this realignment is just a talking point. Though it has been proposed and is on the table for next season, it is not set in stone and will probably be shot down just like in previous attempts. Though we like the rivalries we have now, realignment would be helpful, especially travel-wise for teams like Nashville (the farthest East team in the Western Conference) and Winnipeg (the farthest West team in the Eastern Conference).

A girl can only hope, right?