Well, we all thought it was going to be a quiet Sunday evening, but Ottawa, Nashville, and Colorado all had different plans. You could be living under a hockey rock and still know that the Avalanche have been trying to deal Matt Duchene for some time now, but – also known – Joe Sakic just couldn’t quite get one together that wasn’t laughed at by the other GMs of the league. While this deal has been floating around all weekend, it was finally confirmed just moments ago:

The trade is official. Now we have to find all the pieces. Duchene to OTT, Turris to NASH.

Though it doesn’t happen very often, Colorado is currently on the ice in New York against the Islanders, which means Duchene was nonchalantly pulled from the ice and sent on his way. While that doesn’t sound like the most ideal way to be traded, it keeps the traded player from possibly getting injured if he were to continue to play and the news was presented after the game. But you aren’t here to know more about the Duchene/Ottawa trade, are you? Of course not. The real question is: What did Nashville give up for Kyle Turris?

Well, if you read the headline, you know it was Nashville prospects Samuel Girard and Vladislav Kamenev. This did come as a bit of a surprise, as both these players were well on their way to finding a home amongst the Predators; heck, Girard had the potential to become a regular in the lineup. However, it’s important to note that Nashville did not give up any of its Top 4 defenseman in order to seal this trade, as that is what most of the rest of the league would prefer.

While most would have preferred Matt Duchene to Nashville, Kyle Turris is not someone to overlook. Let’s compare both Turris and Duchene’s stats for this season:

As you can see, Duchene and Turris are almost identical in stats this season and I would encourage you to compare the two in previous seasons. Nashville also signed the 28-year-old center to a 6-year, $36M deal, which means the Predators now have their needed Top 3 centers (Johansen, Turris, Bonino) locked for a combined 18 years, $116M.

Though we hate to see Kamenev and Girard part ways with Nashville (as their NHL potential has yet to be truly tapped), adding Turris to the lineup will bring a much needed positive impact on the Predators and its center depth.

To clarify this three-way trade between Ottawa, Nashville, and Colorado, the Avalanche now acquire Bowers, Hammond, Girard, Kamenev and draft picks from Nashville and Ottawa respectively. Ottawa now has Matt Duchene and Nashville has Kyle Turris.

UPDATE: More players have been added to the exposed list as of 11:20AM CST.

After pushing the release of the lists back by thirty minutes, the NHL officially allowed us commoners to see who teams protected… and who they did not. By no surprise, the great debate between James Neal and Calle Jarnkrok has left the Real Deal exposed along with a few others that were expected.

If you are freaking out about Neal (or anyone else) being exposed, as I mentioned in my previous post, that doesn’t automatically mean he’s headed to Vegas. Now that the exposed players have been released, teams can negotiate trades between the Golden Knights to attempt to protect these particular players. However, David Poile will more than likely have an uphill battle when it comes to negotiating with Las Vegas General Manager George McPhee (see Erat/Latta for Forsberg trade).

Wondering about Nashville’s other players? Here’s the list of the Predators’ exempt players from the Expansion Draft:

UPDATE: It has now been acknowledged that Pontus Aberg, Mike Fisher, P.A. Parenteau, Vernon Fiddler, and Petter Granberg are not exempt from the expansion draft. It is important to note that Fisher, Fiddler, and Parenteau are all free agents, which means Vegas could go ahead and sign these players (the rest of the league has to wait until July 1st). However, if Vegas were to sign one of Nashville’s free agents, that would count as their expansion draft pick leaving the rest of the exposed players (like Neal, Watson, and Aberg) to stay with Nashville.

To see who the other teams in the league protected and exposed, here is the list from the NHL. So, what are your thoughts? Do you think GMDP can manage to work out a deal to save Neal? Whatever the case, there is no denying that George McPhee has the best seat in the house for this expansion draft and is soaking up every second of it.

Nashville’s second round draft pick (42nd overall) in the 2014 NHL Draft may just make his NHL debut this evening against the Florida Panthers. The Predators announced earlier this afternoon that Vladislav Kamenev, the 6’2″ Russian center, was called up from the Milwaukee Admirals due to injury involving James Neal (upper-body, missed last night’s game in Tampa), Viktor Arvidsson, and Mike Ribeiro (both left the game yesterday with undisclosed injuries).

The 20-year-old currently flies second in goals this season for the Admirals, with nine goals and fifteen assists. Center Trevor Smith leads him by one with 10 goals, eleven assists. 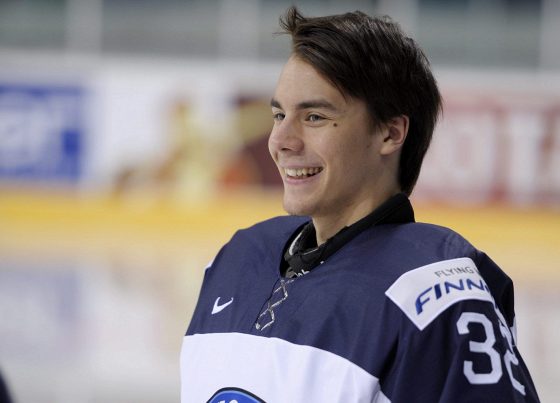 Happy last Friday of August, everyone! As this month comes to a close, we are just a few weeks from the most glorious time of the year converging amongst us! But first, let’s talk Rookie Camp, which opens on Thursday, September 10th. Here’s a little info from the Predators:

Nashville Predators President of Hockey Operations/General Manager David Poile announced Friday that Nashville Predators prospects will report to town on Thursday, Sept. 10 before heading to Estero, Fla., the following day for a Rookie Tournament against teams from the Florida Panthers, Tampa Bay Lightning and Washington Capitals from Sept. 12-15 at Germain Arena.

The games and camp will precede the opening of 2015 Training Camp, which occurs Sept. 17, with physicals and team meetings. The Predators’ first day on the ice will be Friday, Sept. 18 at Centennial Sportsplex and they will play six preseason contests from Sept. 20-Oct. 3, including four at home (Sept. 20 vs. Florida (doubleheader), Sept. 23 vs. Tampa Bay and Sept. 29 vs. Columbus).

And now, onward to the schedule of events:

Listed in bold are the practices that you can attend. I mean, if you are in Estero, Florida during these dates then by all means, get yourself to these rookie tournaments.

The full roster for the Predators' rookie camp/tournament team to play against FLA, TB and WSH. Camp opens 9/10. pic.twitter.com/Cz6sb9Jyth

All has been relatively quiet on the home front as of late, but the Predators couldn’t keep quiet forever. Moments ago, the organization announced that it had signed 2014 Draft second rounder, Vladislav Kamenev to an entry-level contract. Here’s a little more info on the 18-year-old Russia native:

Kamenev, 18 (8/12/96), ranked third among Kontinental Hockey League junior players in goals (6) and tied for fourth in points (10) with Metallurg Magnitogorsk in 2014-15. The Orsk, Russia native also helped his homeland earn a silver medal at the 2015 World Junior Championship, tying for second on the team in assists (3) in the process.

In his draft year, the 6-3, 182-pound left wing helped Magnitogorsk win the 2014 Gagarin Cup Championship and captained Russia at the 2014 Under-18 World Championship, tying for sixth in tournament assists, and for seventh in points (2g-5a-7pts). Kamenev also ranked third in assists (6), and tied for fourth in points (7) at the 2013 World Junior A Challenge, helping Russia to a silver medal, and suited up for all four of Russia’s games at the 2013 Ivan Hlinka Tournament.

Kamenev is currently in Nashville participating in the Predators development camp, so this is certainly a good Friday for him. Don’t forget, you can check out Kamenev and the rest of the potential future Preds tomorrow at the rookie game at the Ford Ice Center, 11AM.

Saturday, July 11th at the Ford Ice Center has its own fun-filled schedule before and after the rookie game, too:

For those wondering who you will see at the development camp, I have another list for you!

LadyPreds.com is not affiliated with the NHL or the Nashville Predators. Just a fan and her thoughts. All photos and/or content are either that of Lady Preds or of their respective owners. Credit is given to content not that of Lady Preds.
Loading Comments...
Comment
×