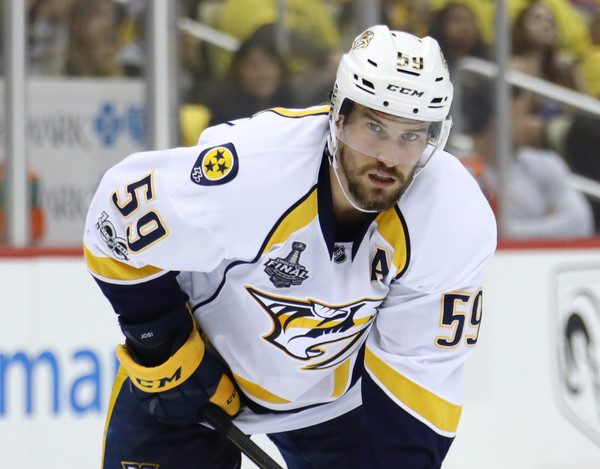 As most expected, the Nashville Predators announced in today’s press conference that the 8th captain in franchise history would be none other than No. 59, Roman Josi.

Along with Josi, Ryan Ellis (who is currently suffering from a post-season injury) was named Associate Captain while Mattias Ekholm, Ryan Johansen, and Filip Forsberg have all been given the roles of alternate captain.

Fun Fact: Roman Josi is the second Swiss-born player to be named a captain in the NHL.

For more information, check out the Predators’ official statement here.